Spirit of Truth: shaking the foundations 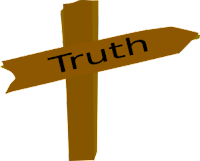 After contemplating and praying about three visions in May 2007 God is saying that we will move into a season where we will see a release (I sense saturation) of the Spirit of Truth and that this season will be about ‘preparing the way of the Lord’ – preparing our hearts (churches and communities) to receive Jesus.  With this there will be truth!
Every area of our lives where deceit has built a false sense of security will be removed – God, in His mercy and kindness, will give us the grace and tools do deal with situations that arise.

The initial vision is about times that have seen moves of God with great revival in the UK – these periods being in the early 1900’s and then again in the 60’s – with each revival has come prophetic words for the UK that have kept faith (hope) alive and is the seed that we will see blossom. 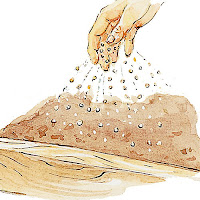 Instead of the ‘church’ growing and building on the move of God we have allowed every form of deceit to enter into our belief foundation – many of the ‘ism’s that have grown up since the 60’s (and are now enshrined in law in one way or another) attempt to replace the God of Abraham, Isaac and Jacob as the rock and foundation of this country.  In many ways these ism’s have embed themselves into the fabric of life in the UK and give the impression that there is no need for God – among others, they are humanism, materialism, secularism, atheism and science. They have also paved the way for every false religion to take root in this soil.
The Spirit of Truth will not only show the levels of deceit that have kept the church oppressed – but it will physically (and almost violently) remove the roots of deceipt.  Truth will set people free.
The result of this deceit is that the foundational rock of the church in the UK – which God laid – has been eroded and broken into many little stones so that it appears to the world as being fragmented and is of no use to anyone.  Growing out of this brokenness is a remnant of believers who have persevered in their faith and even though they feel as if they stand alone, they are stronger than they realise and are beautiful in God’s sight.  They have been sanctified by holding firm to the truth of Christ Jesus. 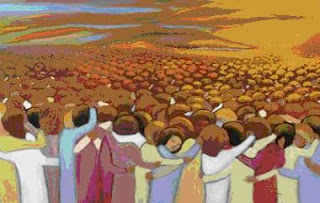 The final set of pictures are about the great cloud of witnesses (Hebrews 12 v 1) that have gone before and are now before the throne of God interceding and championing the church in the UK.

The seed that they planted in the garden when they were part of Gods move in the early 1900’s and the 60’s (and indeed from when the message of Christ first came to the UK) will bloom in this period …….. prayer and faith cemented together in love has built the solid wall around the garden and continued active unified prayer from believers now will strengthen the garden wall.  The garden will become a place of safety and refuge and Jesus will be the ‘gate-keeper'.
The church (garden) will be seen as a unified entity and the place to be – the wall of prayer will be of such a nature that the enemy will not be able to gain access in any way.  The body of Christ will become a source of great blessing to this nation and bring it back to its intended purposes.

Finally ……. We will see the ‘Lion of Judah’ manifest amongst us.