Turn down, turn off and turn aside 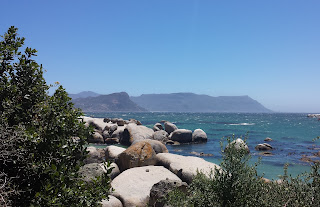 Pat shared, “August is a pivotal month, very special both individually and corporately. As the busy-ness of life slows down for the summer break so should we. Jesus is standing in the garden waiting for us to come aside during this time – come into the garden – to be still and KNOW that He is God.

He’s waiting to commune with us – to refresh and replenish so that when September comes – we are ready to run with the new things of God prepared for us."

A similar word laid on Yvonne’s heart was given to us a few weeks ago – it’s time to rest and replenish. All those who are weary – come into a place of rest.

The preach dovetailed with this word – the waiting is nearly over. The season of upheaval and change is drawing to a close. Many are exhausted from a range of personal loss, skirmishes and battles. Change, loss and uncertainty has caused our ground to shift – some have experienced the “suddenness” of divine intervention and moved into (and onto) new adventures with God.

It's time to turn

Through scripture we heard the of the power in simply turning our heads. Looking away from the circumstance we're faced with - turning to look at God's dealing with others in dead-end places, desperation and isolation.

Dead-end places: Moses, reduced from being Prince of Egypt to tending someone else’s flock at the back of the dessert chose to turn aside to investigate the burning bush. God revealed Himself to Moses; said He’d heard the cries of the people; gave Moses the commission to lead the people out of captivity.


Graveyard brought to life: Mary, forever faithful to her Christ, heartbroken and weeping at the empty tomb turned at the voice of her risen Saviour and entrusted with the message, “He’s alive”


Heaven revealed in isolation: John on Patmos – turned to “see” the voice that rumbled across the heavens – all of heaven opened up to him to see the risen Christ in all His splendour and power.


Our circumstance cannot hold nor defeat us – respond to the invitation to commune with Christ Jesus. This August - turn aside from oppressive circumstances and busy-ness. Turn off the noise of the world.

Now is the time to camp, refresh, regroup and replenish. Ahead of us is a fresh touch from Jesus, a renewed hope and a renewed revelation of Christ. This is the preparation for September - get ready!

Cast Down but Unconquered: But we have this treasure in earthen vessels, which the excellence of the power may be of God and not of us. We are hard-pressed on every side, yet not crushed; we are perplexed, but not in despair; persecuted, but not forsaken; struck down, but not destroyed — always carrying about in the body the dying of the Lord Jesus, that the life of Jesus also may be manifested in our body

Posts linked to this message:

(Italics & emphasis in scripture added for emphasis)
at 12:54