Battleships of prayer and intercession

A series of "battleship" pictures - first was in turbulent sea - sailors on deck doing a 21 gun salute - with the cry "fire the volley".  The second was two battleships in a harbour - clear day, many on-lookers and ships were flying their flags [one was Venezuela and the other South Africa ??]- very colourfil & festive

Started off over the ocean - was night time, sea was very turbulent and fog was swirling all around. CIRCUMSTANCES OF LIFE, SOCIAL AND POLITICAL SCENE ETC

Out of the fog  CONFUSION AND UNCERTAINTY - almost as if pushing it's way through the fog was a battleship THOSE WAGING WAR WHILE ALL THE FOG IS GOING ON it was moving with great force POWER OF PRAYER AND INTERCESSION NORMAL AND PROPHETIC and the "wake" of the ship was in the fog.
The battleship dipped below a huge wave and as it broke through the wave it had the statue of Liberty EXACTLY THAT – THE ANOINTING BREAKS THE YOKE – THE HOLY GHOST  as it's mast AGAIN THE ANOINTING BREAKS THE YOKE- again, it appeared as if this battleship was pushing the statue THE SPIRIT OF THE LORD WILL RAISE A STANDARD AGAINST HIM – THE HOLY GHOST ahead of it with great force and as it moved, the fog separated. WHERE THE SPIRIT OF THE LORD IS THERE IS LIBERTY
The picture changed to an aerial view of the UK - bright, clear and sunny THE ENTERANCE OF THY WORD GIVETH LIGHT and it was being covered by the water THE WORD OF GOD stirred up by this battleship PRAYER AND INTERCESSION.

Poinsettia dream: MY times are NOT yours

The Dream started in my home - a couple of people had gathered to celebrate passover - we were praying but I decided to leave the house and go to a friends house as I had heard that they were also celebrating.  My friend opened the door for me and in welcome said "happy Pesach" - I handed her a gift of a potted poinsettia in full bloom and as I walked through the door - we both laughed as poinsettia's are associated with Christmas.

My friend pointed me towards the lounge area and said that there were 20 to 30 people in the lounge waiting to celebrate Pesach - as I peeped into the lounge I could hear people chatting but I saw in front of me a fax machine - It caught my attention as reams of paper was pouring out of it with a message that had been received - the paper was everywhere.  The machine held my attention.

My friend = Is has Jewish connections and led me to look at the Jewish calendar & celebrations.

Numbers in the dream and on waking 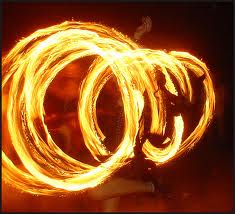 Praying about the Global Day of Prayer event at Millwall (May 2008) God laid on my heart a beautiful picture of a pond with the proverbial gentle ripples caused by a stone being throne in the middle - the ripples were gentle and peaceful - as I was thanking the Father for this peaceful, gentle picture, I heard in my spirit the word "epicentre".  I asked what this was about.
The picture started to change and beneath the gentle water were rings of fire – almost reflecting the ripple effect from above – rings of fire from the centre and moving outwards - starting small and getting bigger as they moved out with tremendous power. Everything in their wake was raised to the ground.

Sharing this with others at the time a number of people confirmed that they too had experienced pictures of rings of fire whilst praying.

As we pray, heavenly activity is released and is far more powerful than we can imagine. The rings of fire are circles of prayer and that’s where revival, healing and the move of Holy Ghost starts – combustible prayer.